Bagan, the city of more than 2000 temples

Bagan, the city of more than 2000 temples The dream of a hot air balloon ride is not within the reach of every pocket.

Myanmar is a country with too many charms to be counted in the plural, every corner hides thousands of years of history and rich cultural, social and religious, each city is its past easily in contrast with cities as Yangon starting to look like one of the Asian cities.

It says Wikipedia to learn some of Bagan, formerly Pagan, is the ancient capital of several kingdoms in Burma. It is located in the arid plateau of the country, along the shores of the Ayeyarwady River (Irrawaddy River) and is 145 kilometers southwest of Mandalay. Unesco has tried unsuccessfully to designate Bagan as a world heritage site

Fruitlessly, that most thankless Word with the wonderful feeling that produces watch the sunrise from any of its more than 2000 temples. Not only famous by its dawn which is probably one of the best in the world, but by crossing the river Irrawaddy this time at dusk, a crossing and a sunset that our friend and great guide Ko Sai became magic to make us in boats traditional to sail the mythical Burmese with outstanding attention River.

The city is full of corners and possibilities, and Yes with the arrival of tourism, both the accommodation as the entrance to it is expensive, if you have planned to go to Myanmar can not miss the city with the magic imbued with its walls. 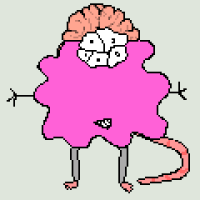